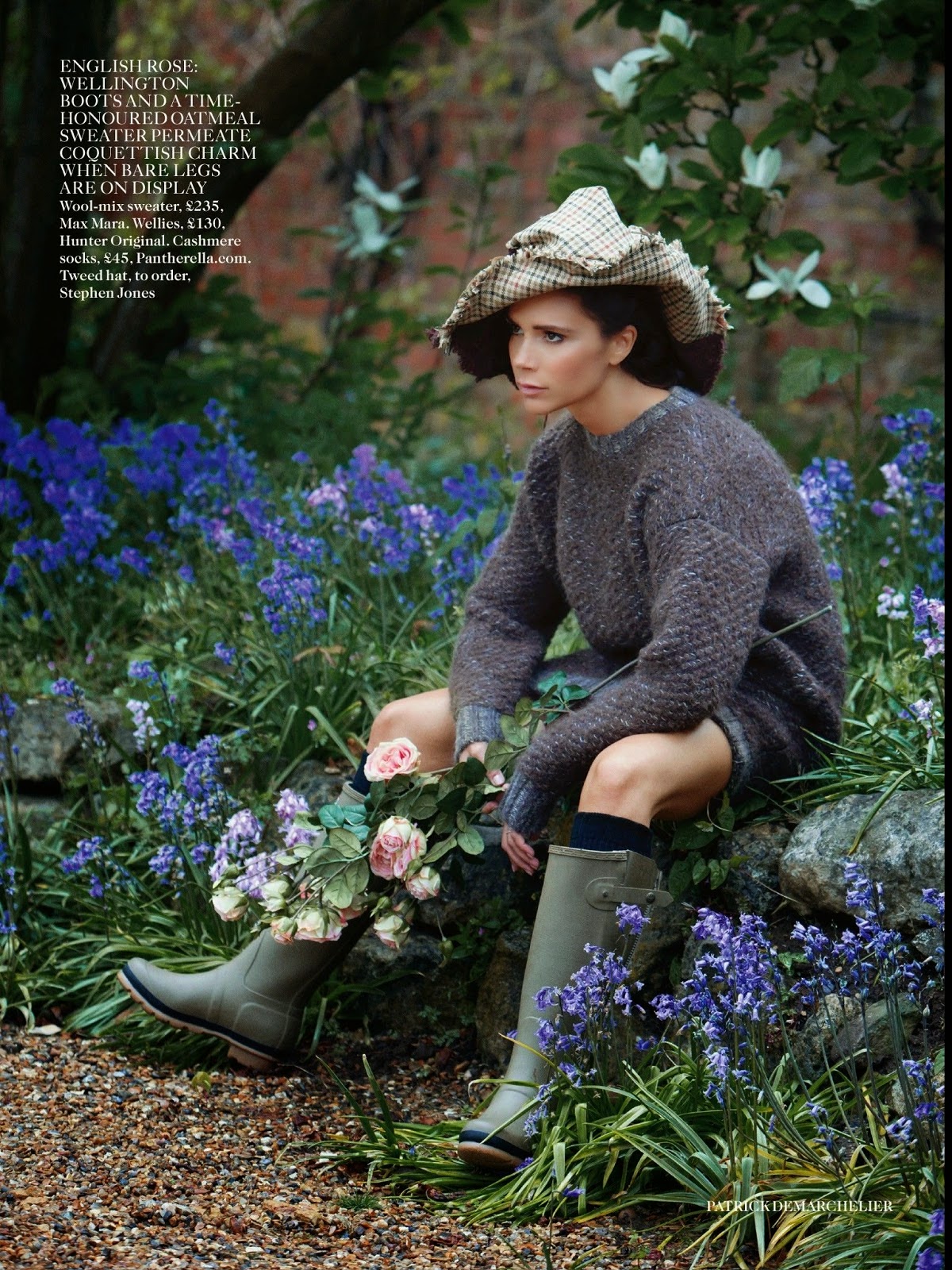 I love all things VB, as readers of my Blog well know. I absolutely adore this shoot by Patrick Demarchelier for British Vogue, August 2014. VB may be part based in LA, but she'll always be a cool Brit girl. Despite her usual glossy uptown girl chic, this quintessentially country England themed editorial somehow suits her down to the ground. The cover with Digby the Cavalier King Charles has got some of flack, but I love it. A tongue in cheek nod to English country-style. Obviously it appealed to VB's humour. "I’m never afraid to try something different when I’m working with the best people." she says. 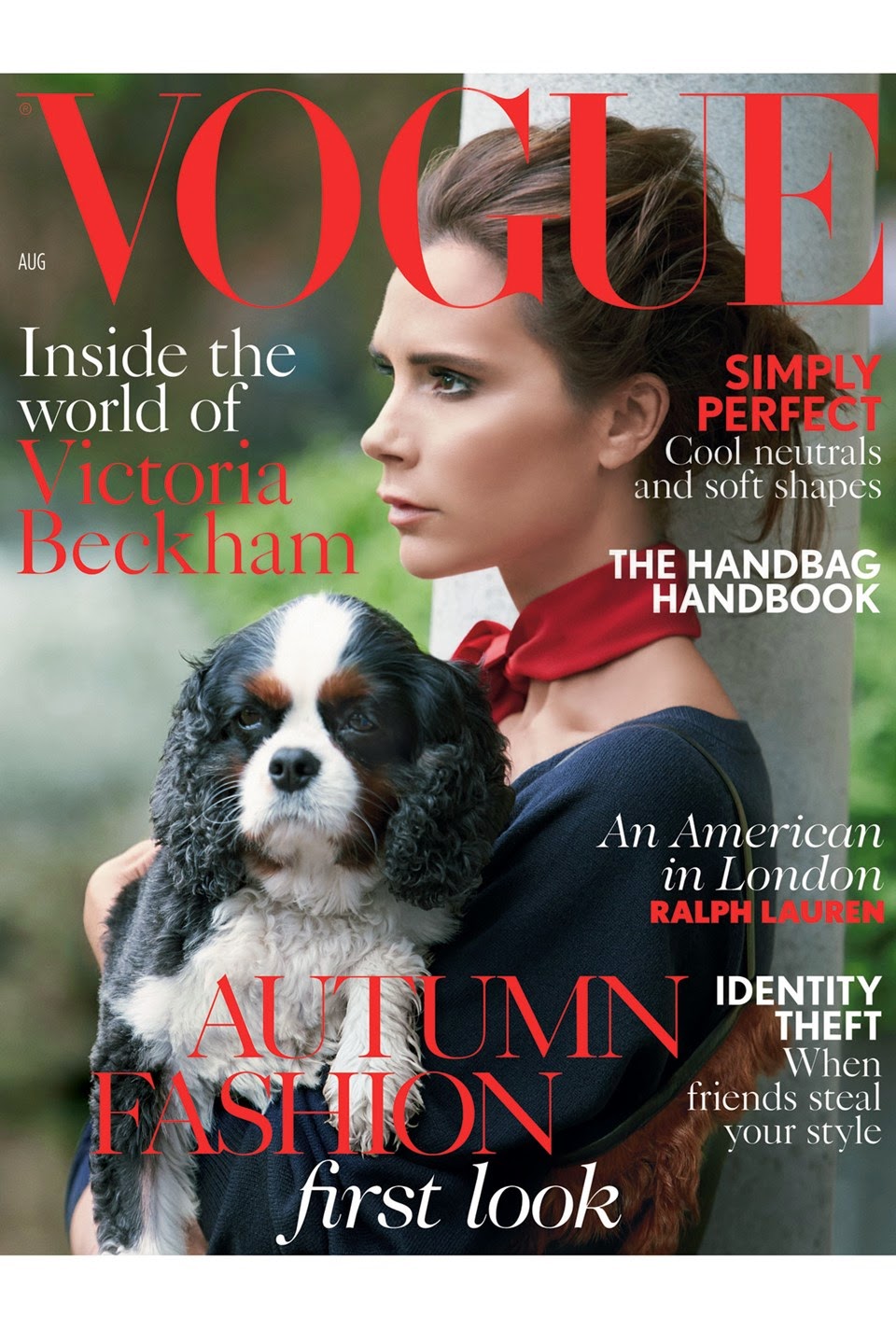 Styled by Lucinda Chambers, the designer is seen getting stuck into the gardening whilst the rain falls on the rhododendrons. "We want to try and do something that I haven't really seen her do before," explains Chambers. "It's about making Victoria feel like it's possible to be a different character." 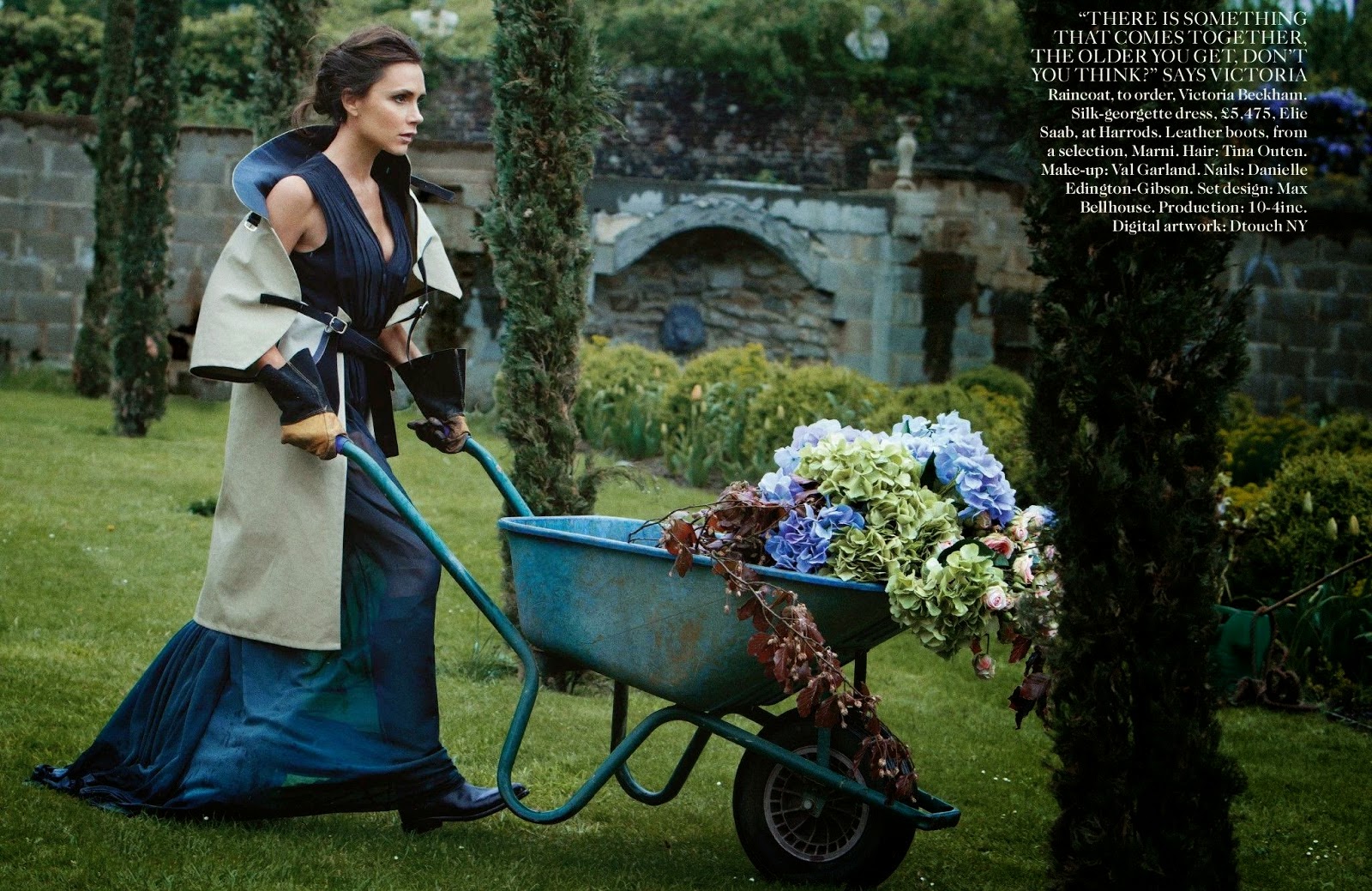 Editor Alexandra Shulman introduces the August 2014 issue: "This month's cover story began its life at a lunch I had with Victoria Beckham, way back at the end of last year. She was talking about the prospect of both turning 40 and opening her first store (on London's Dover Street), and when I suggested that we might do a different kind of fashion shoot to those that we have seen previously, she was keen to explore the idea. Hence the glamorous, funny, theatrical Victoria pictured by Patrick Demarchelier, shown embracing her inner, welly-wearing self as if she were a latter-day Vita Sackville-West and playing the lady of the manor with gusto ("Victoria's Era"). To accompany the shoot, Victoria let Vogue's Emily Sheffield shadow her in her real life over a week in London (including a Barry's Bootcamp class replacing her usual personal trainer). A story emerges of a woman who is now not only a good sport but a devoted mother of four, a successful and utterly driven fashion designer, a canny businesswoman - and she gets to be married to David Beckham. Not a bad place to be at 40, or frankly any age." 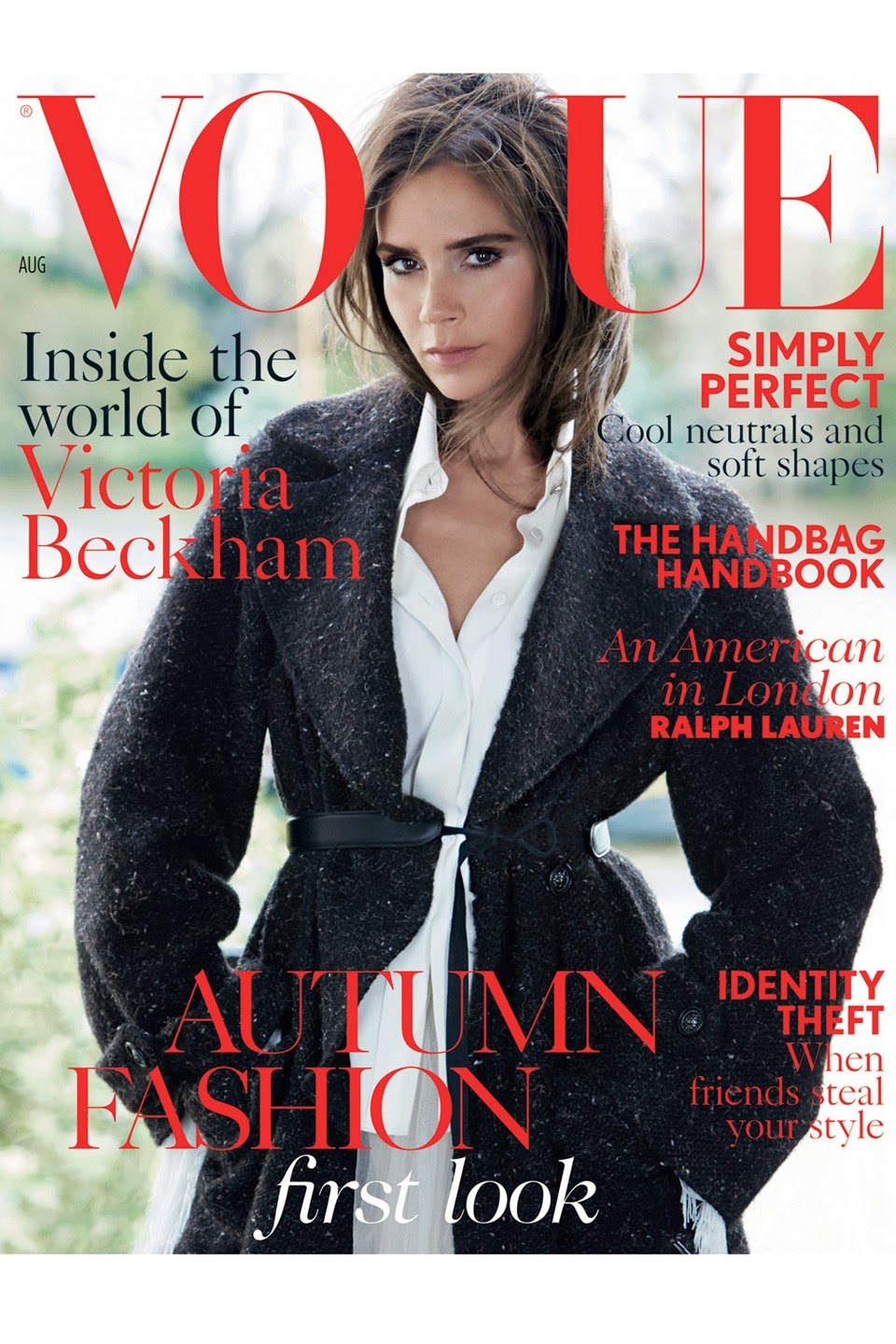 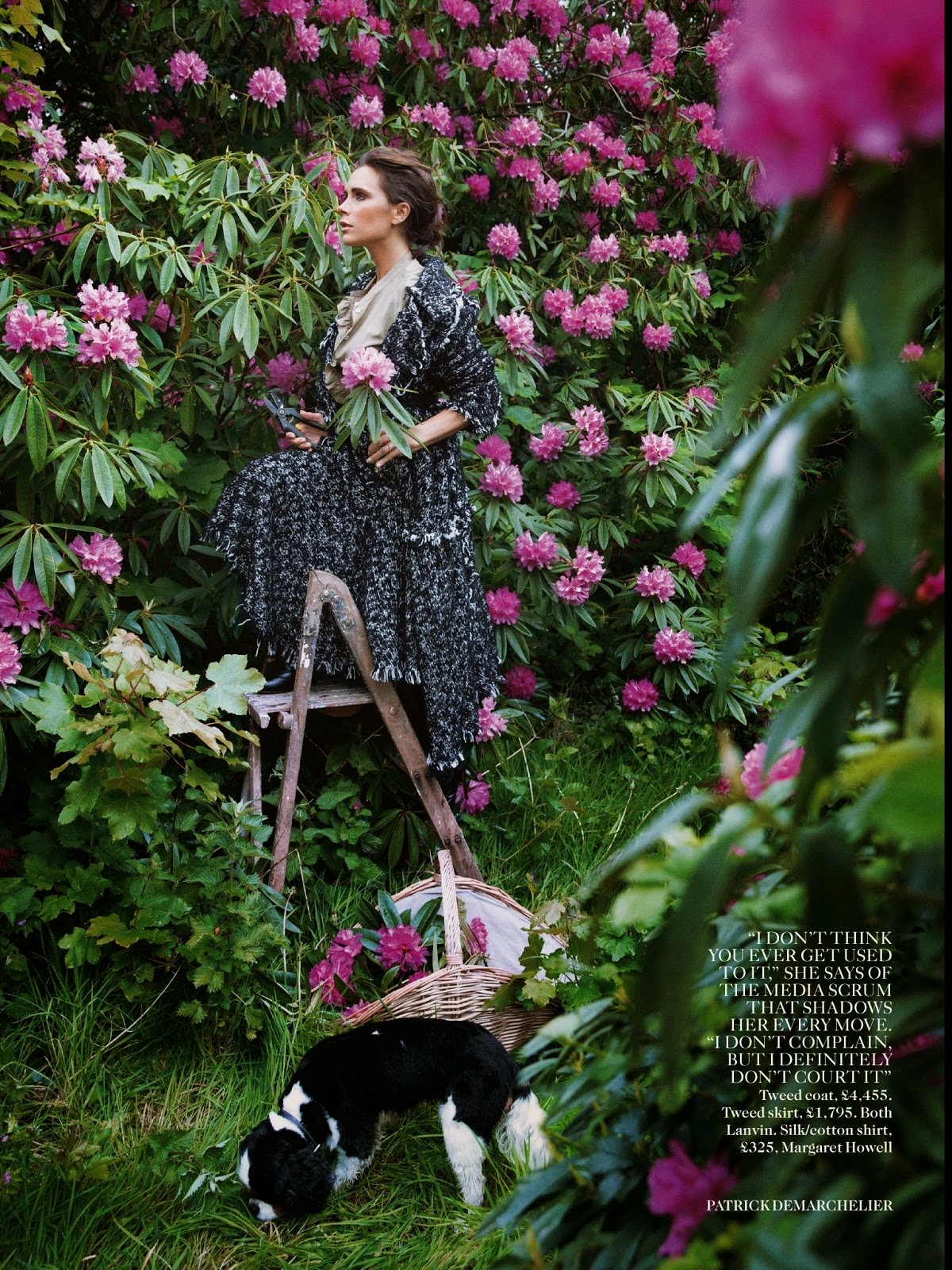 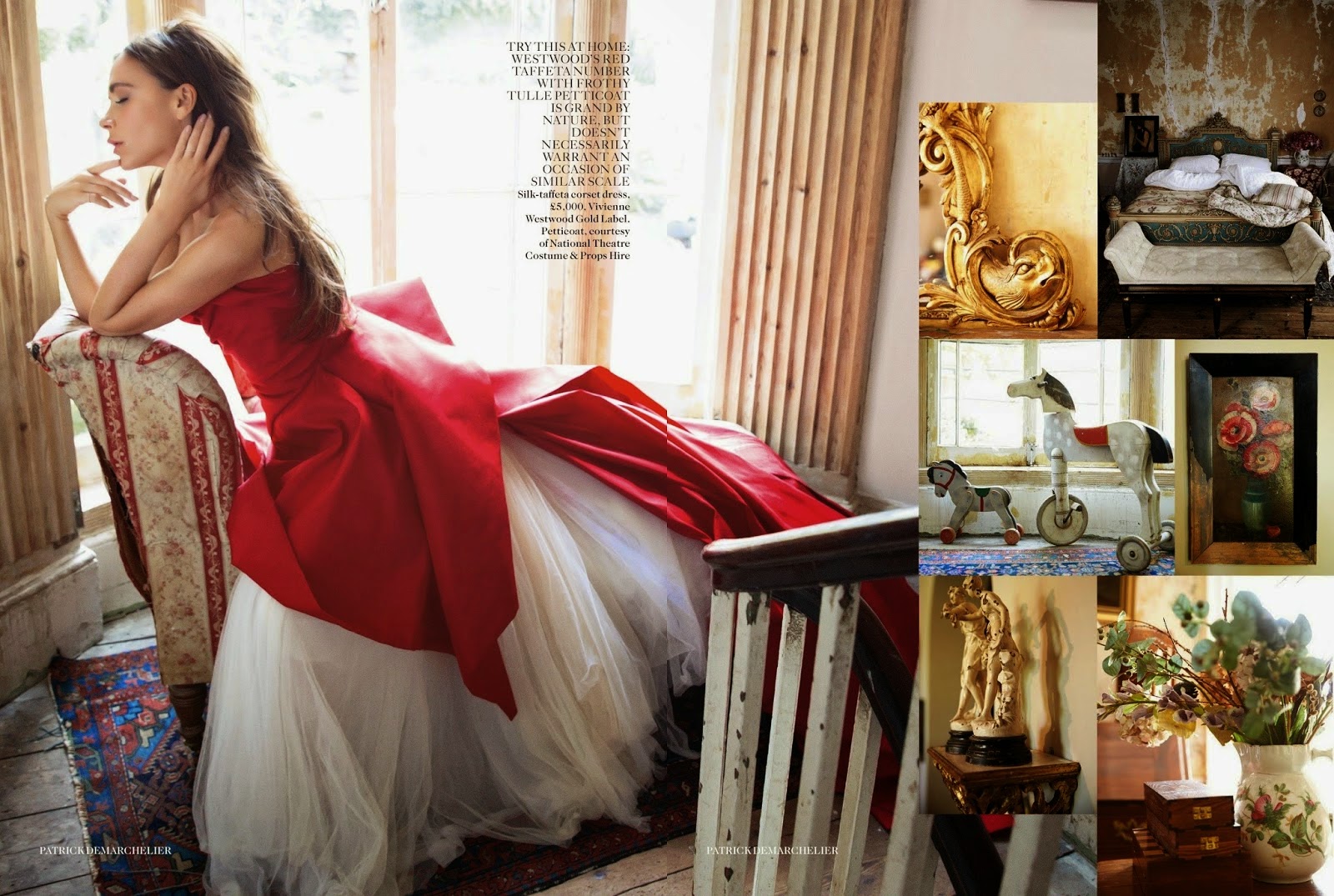 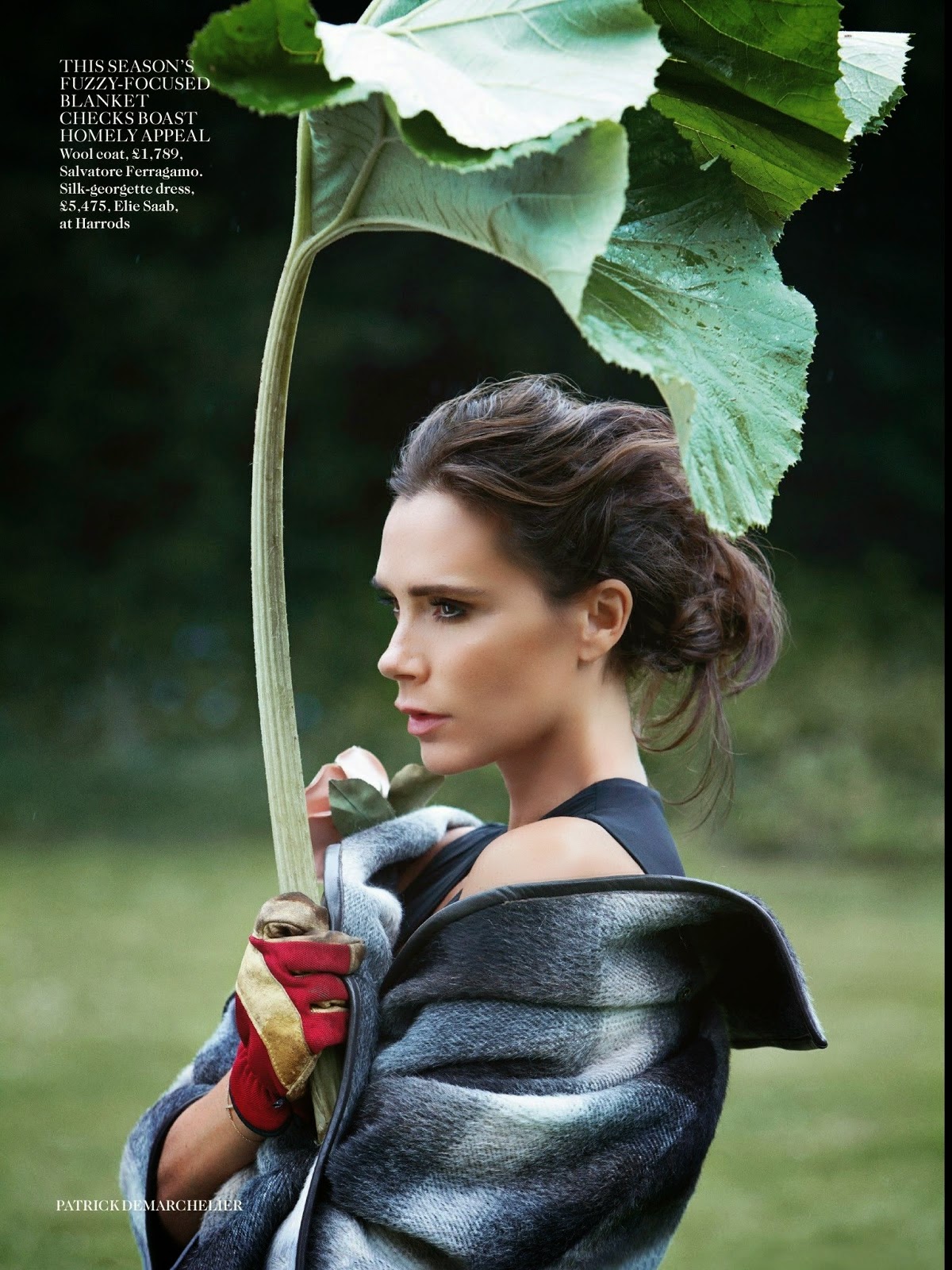 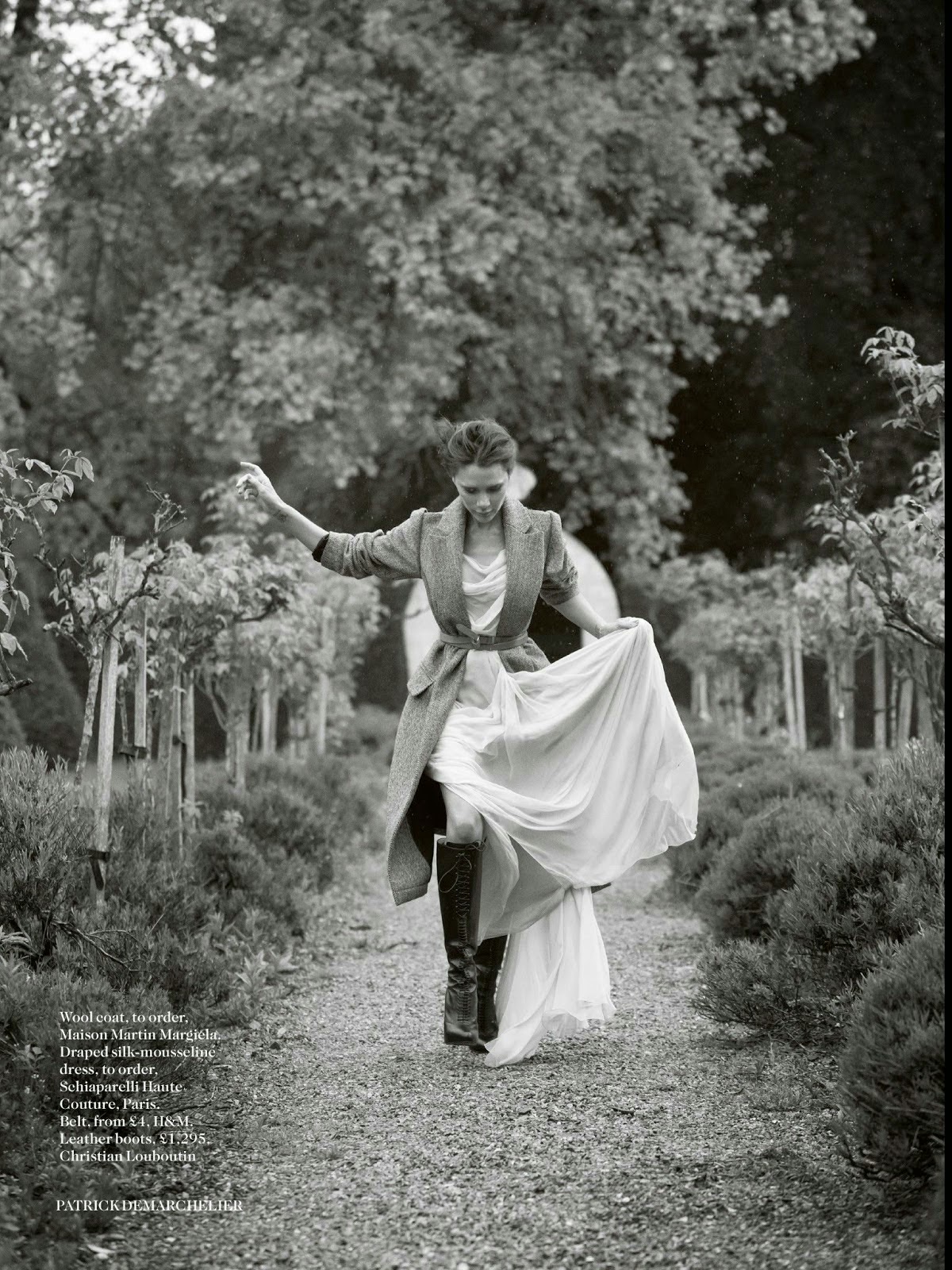 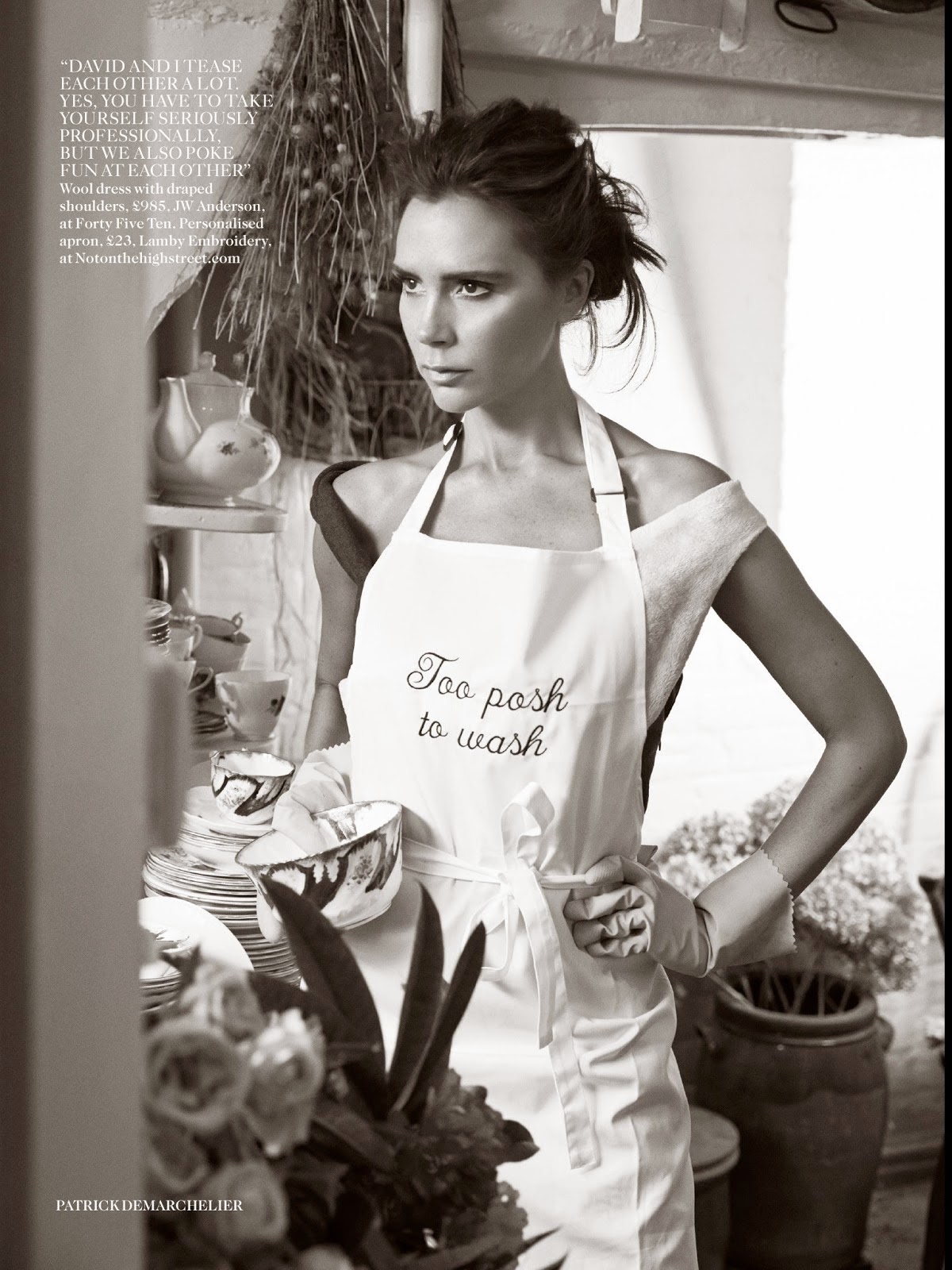 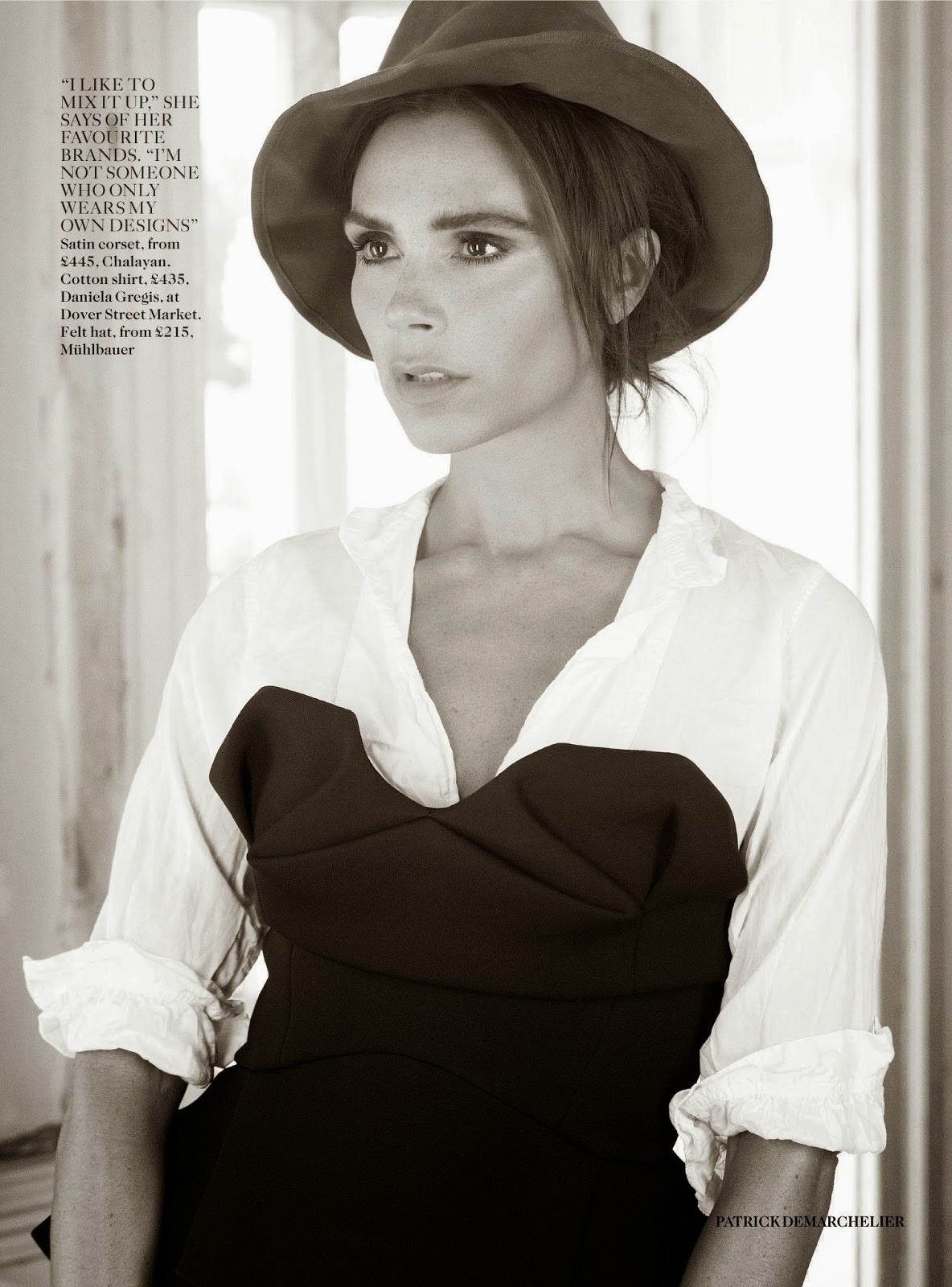 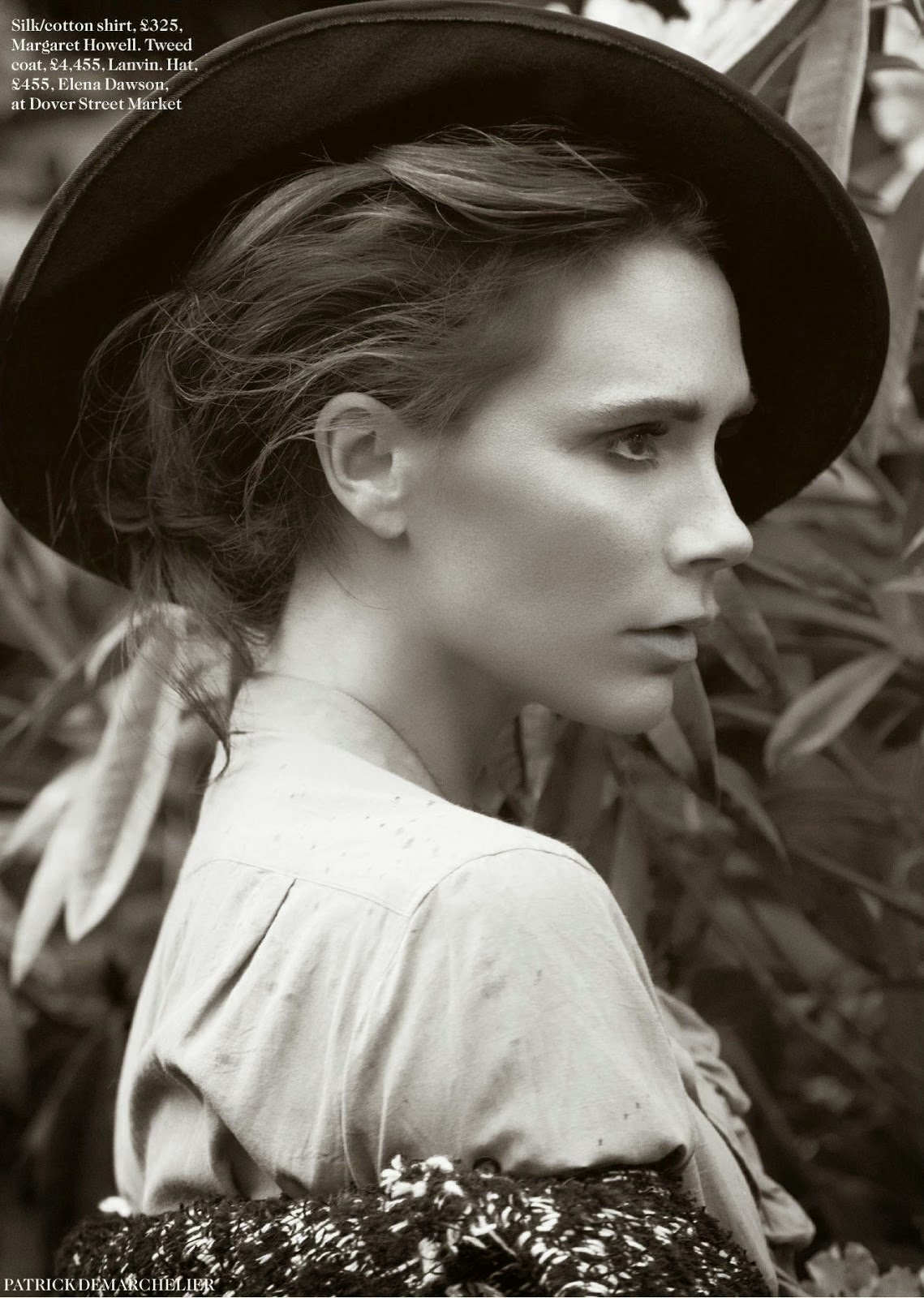 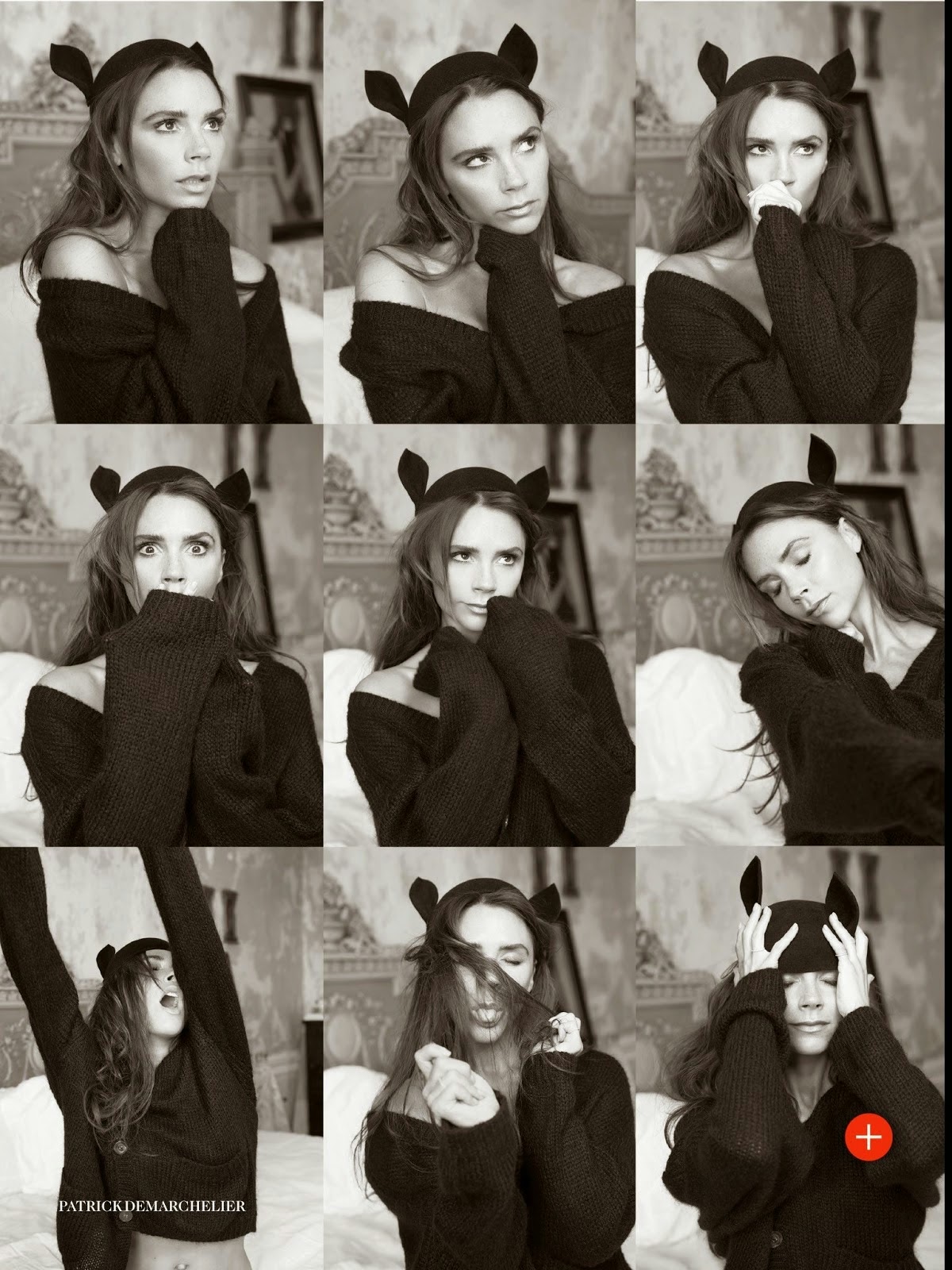 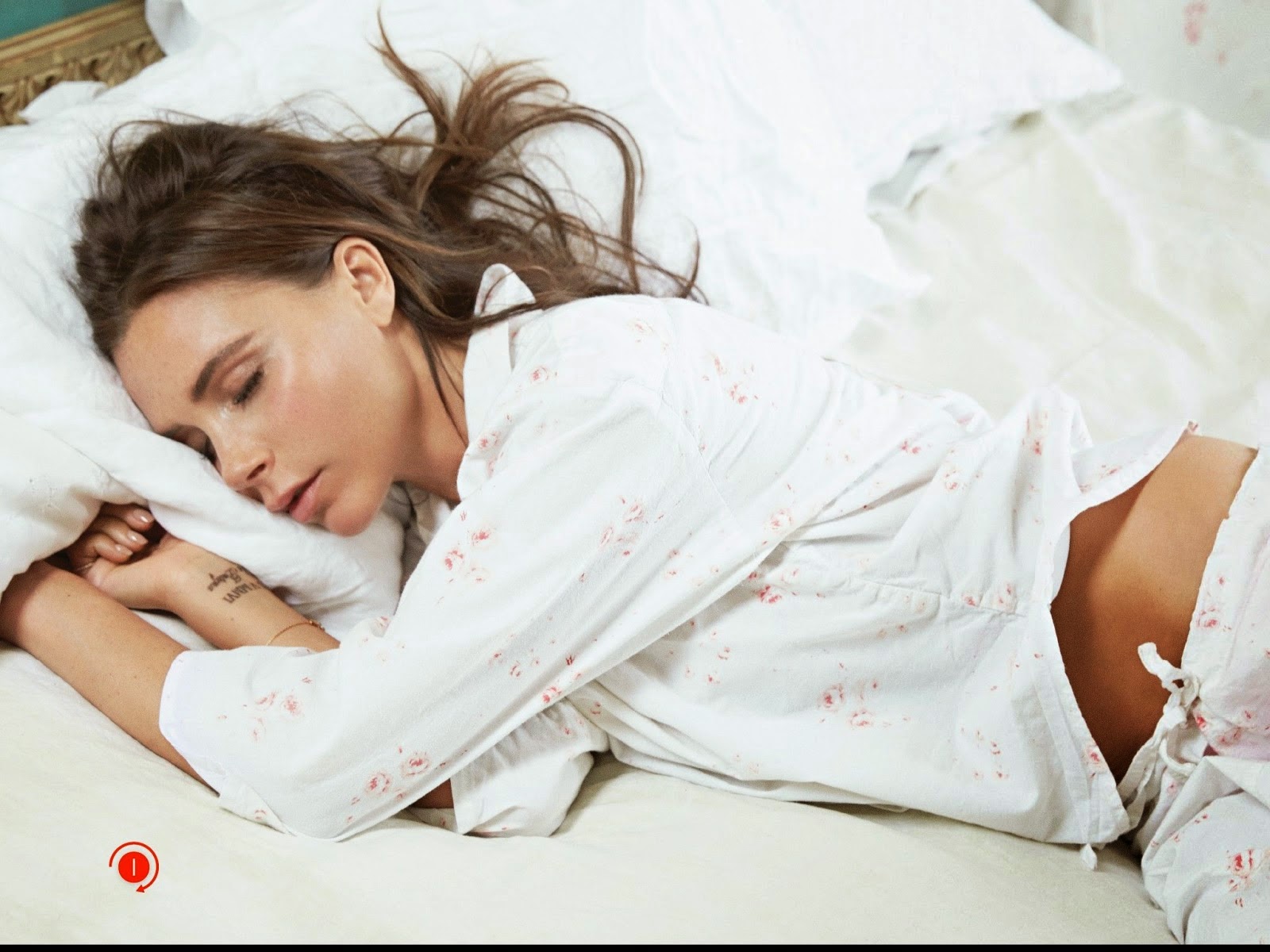 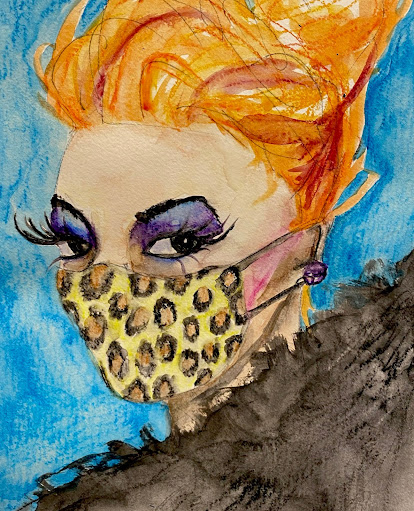 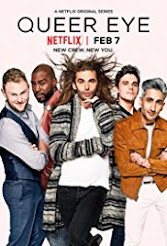